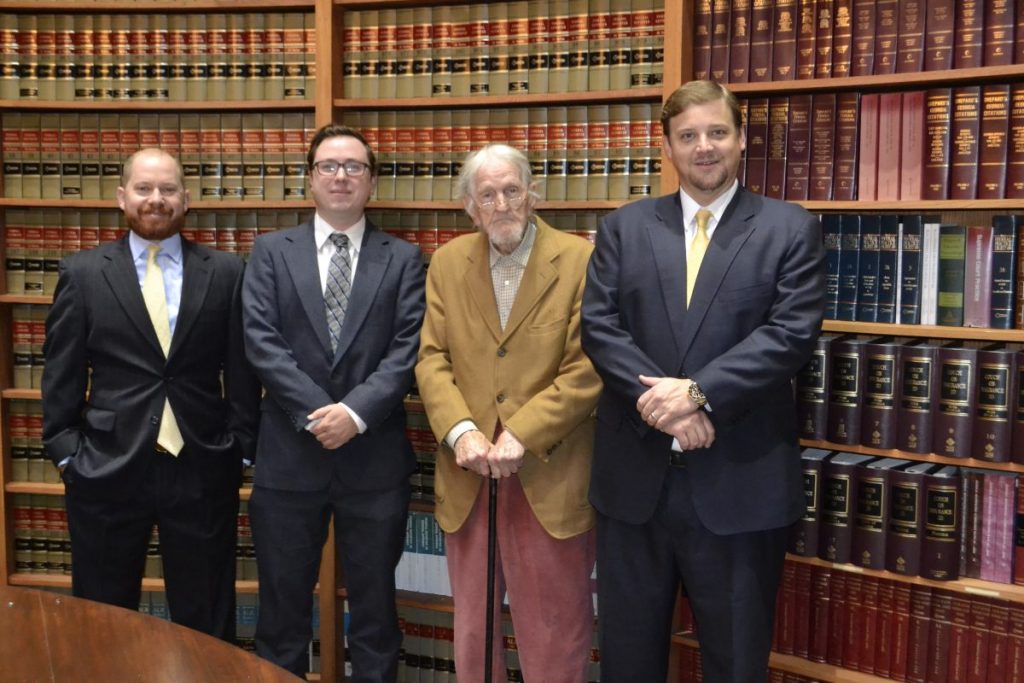 Cook and Connelly Law Firm, of Summerville, has undergone some expansion in recent months.
Not only has the famed law firm hired new lawyers, but they’ve also expanded their business with a new office in Atlanta –750 Piedmont Avenue NE – in April 2019.
Joining the law firm are Michael Smith, of Chattooga County, and Charlie Bailey, of Atlanta.
Smith, 26, is the youngest at the firm. He passed the Tennessee Bar Exam and plans to take the Georgia Bar Exam soon.
“He will be doing criminal, domestic relations and personal injury work through Tennessee and eventually the Northwest Georgia area,” Law Firm Partner Sutton Connelly said.
Smith lived in Menlo at an early age and then moved away for a while. He’s now returned to make a career in the legal field.
He obtained an undergraduate degree from the University of Mississippi. He finished law school at the American University in Washington D.C.
“I’m most interested in criminal law. But personal injury [law] has a lot of the same a

spects,” Atty. Smith said.
Smith said he likes working at Cook and Connelly because he gets to experience a variety of cases.
Smith and his fiancée live in Cloudland.
Atty. Bailey, 36, isn’t local, but some residents may remember him during his 2018 bid for Georgia’s Attorney General Post. He lost to Atty. Christopher Carr.
Before his run for office, Atty. Bailey was a Fulton County gang prosecutor and a senior assistant district attorney for that county.
He is an eighth-generation Georgian who grew up on his family’s cattle farm in Harris County in West Georgia. He went to college at the University of Georgia. He went on to attend the University of Georgia’s law school in 2010, where he was elected by his peers to serve as president of the student body.
Before becoming a prosecutor, Charlie worked as an attorney with former Governor Roy Barnes. He worked as a citizens’ advocate for victims of consumer fraud and predatory lending.