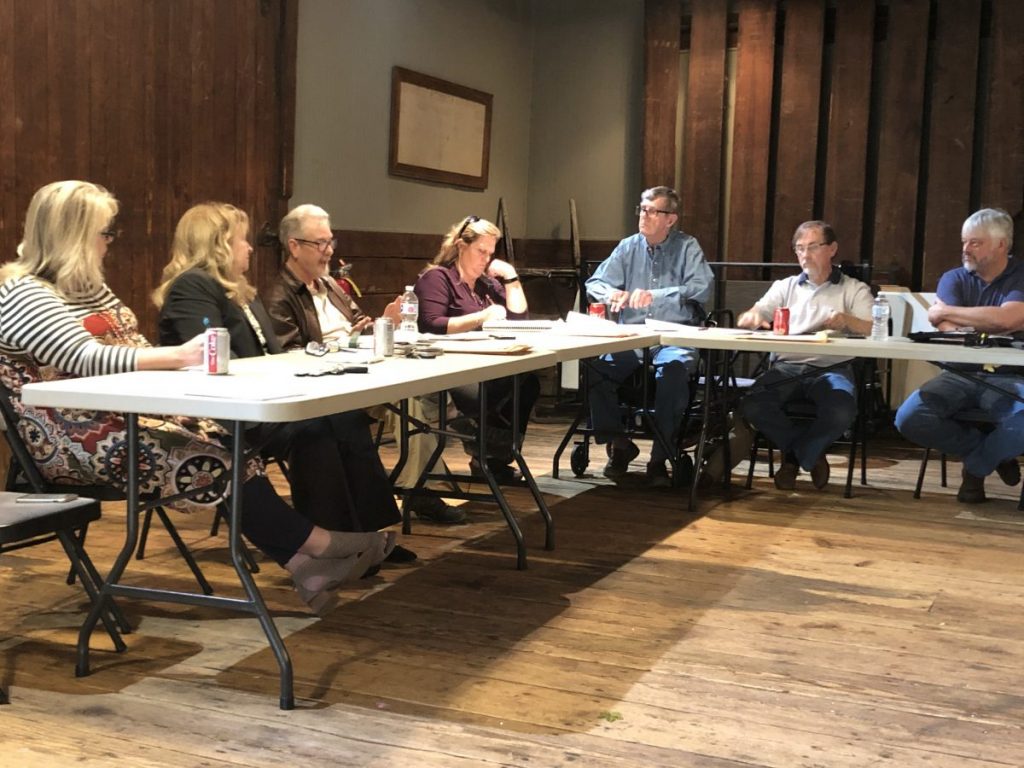 A division among council members became apparent recently when discussing the Summerville city manager’s compensation and contract.
The disagreement wasn’t over money, but how much vacation time City Manager Janice Galloway is allowed to build up.
Councilmen Earl Parris, Joe Money, Jr., and Zach Martin voted to approve the contract. Councilman David Ford voted no and Councilman Buddy Windle abstained from voting.
The one-year contract will give Galloway a 1.75-percent increase in pay. Her new salary will be $83,435, according to city officials.
Her previous contract gave Galloway three weeks of vacation and three weeks of sick leave. She did not use them all and wanted the council to allow her to save them up.
Summerville Mayor Harry Harvey opposed that idea.
“I still recommend that we do four weeks of vacation leave and three weeks of sick leave. I still don’t think that should be time accrued,” Mayor Harvey said.
“My thoughts were that I should be allowed to carry a portion of all that forward that I have not used,” Galloway said.
Her new contract takes effect tomorrow.
She still has several days of vacation that went unused.
“I would like to carry it forward,” she said.
“Just to let you know. The reason why you do not want a large amount of vacation leave to accrue in a one-year contract is because the city would not want to operate without a city manager for seven weeks. The idea is that you compensate your city manager for what she is doing in money,” Summerville Attorney Albert Palmour said.
“I think it’s more than fair what we have here — three weeks of sick leave plus four weeks of vacation,” the mayor said.
“Do we do anybody else that way?” Councilman Windle asked.
“No. No one else has a contract,” the mayor said.
“But they are city employees.”
“Yes, they are city employees but no one else has had a contract but the city manager.”
“That is a bunch of bull right there,” Windle replied.
“Well, that’s your opinion there and you have your opinion. That’s fine,” Mayor Harvey said.
“She came into the situation where she couldn’t really take any time off. We had a mess there,” Councilman Ford said.
“So what’s your point?” Councilman Parris asked Ford.
“Yeah. What’s your point?” the mayor said.
“I think we should give her something for it,” Ford said.
All city employees are able to cash in one week of vacation leave. The council mentioned that Galloway might want to do that too.
“I’m curious. City employees. How many weeks can they accrue or rollover every year?” Parris asked.
“Thirteen weeks — that’s the maximum,” Galloway said.
“Whoa, one-fifth of the year,” Parris replied.
The city manager said people aren’t stringing together multiple weeks of vacation and leaving the city empty-handed. The city’s policy is that employees can only take vacation hours one week at a time.
“I just want them to be carried forward,” Galloway said.
“I don’t see that. I don’t see rolling it over to another year,” Money said.
“Well the city employees, I know that I’m not a city employee . . .” Galloway said.
“You are on contract. You are a contract employee,” the mayor said.
“They can carry forward 13 weeks [of leave],” Galloway said.
“We’ve got to work on that, soon, quick,” Money said.
“Yeah. That needs to be worked on,” the mayor said.
The council decided to add one more week of vacation that she must use before Dec. 31. If she does not use it, she will lose it.