Mr. Robert “Bob” Joe Robertson, age 83, of Murfreesboro, TN passed away Friday, February 22, 2019. He was born in Gordon Co., GA to the late James W. and Annie Whitfield Robertson. Mr. Robertson was an associate engineer for the TVA. He was a faithful member of Belle Aire Baptist Church and proudly served his country in the United States Air Force. Mr. Robertson was an avid golfer. He scored three holes in one over 29 days in 2012. 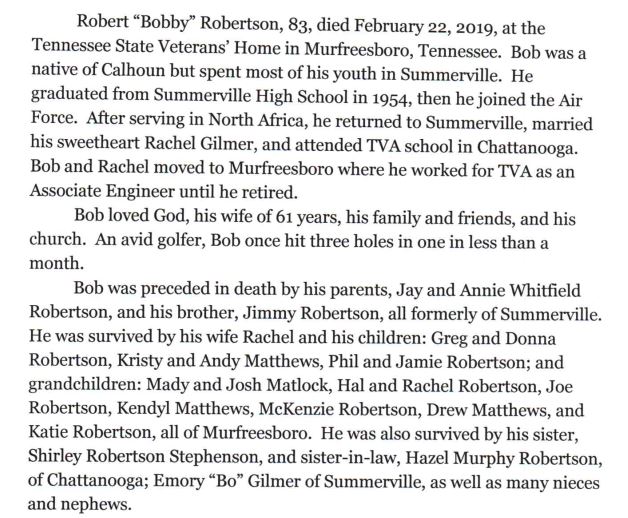