Update: Here is the official report from the Summerville Police Department:

“On incident date and time officers of the Summerville Police Department were dispatched to the Chattooga County Commissioners Office concerning a reported assault. Upon arrival Officers Matthew Pritchard and Phillip Cox spoke with several witnesses who stated that during a county budget meeting that Abby Winters (listed offender) had poured a drink over the head of Victim.
I spoke with Victim who was Iocated in a vehicle in an adjacent parking lot who appeared to have had some type of liquid poured over her head and what appeared to have dark liquid on her red jacket.. Victim confirmed the story that the witnesses were stating.
The listed witnesses all essentially stated that just before the meeting was to start that Offender had intentionally poured some type of drink in a cup over Victims’s head who was seated at the time. According to several of the listed witnesses after this pouring of the drink occurred that Offender said something to the effect of the Victim “deserved it.” No witnesses noted any provocation or statements by Victim towards anyone immediately prior to the pouring of the drink. Two of the listed witnesses were representing news media outlets from Chattooga County in this meeting..
In attempting to speak with Offender and her husband they requested to consult with their attorney prior to answering any questions or talking with police. With the Victim and Offender now separated, officers left the scene. Officers were contacted by Attorney Chris Corbin and asked to meet with Offender and her husband at Attorney Corbin’s office. I traveled to Attorney Corbin’s office along with Det. Brian Ozment where Offender advised that she had accidentally poured the drink on victim’s head after stumbling/tripping near her.
A short time later myself and Det. Ozment spoke with Victim who essentially confirmed witnesses stories about the events that occurred. Victim was in attendance as a news media reporter. Victim stated that in previous public meetings such as this one that she did not recall ever seeing Offender in attendance. Victim further stated that for a few moments after the drink was poured on her she was just in shock and that she recalled someone stating that the drink looked good on her. Victim desired for criminal charges to be pursued.
Based on the statements of multiple witnesses and the victim, I applied and obtained warrants for Disorderly Conduct and Simple Battery against offender and turned them over to the Chattooga County Sheriff’s Office. Det. Ozment contacted Offender’s attorney to notify him of the pending warrant so that Offender could arrange to turn herself in on the charges .” 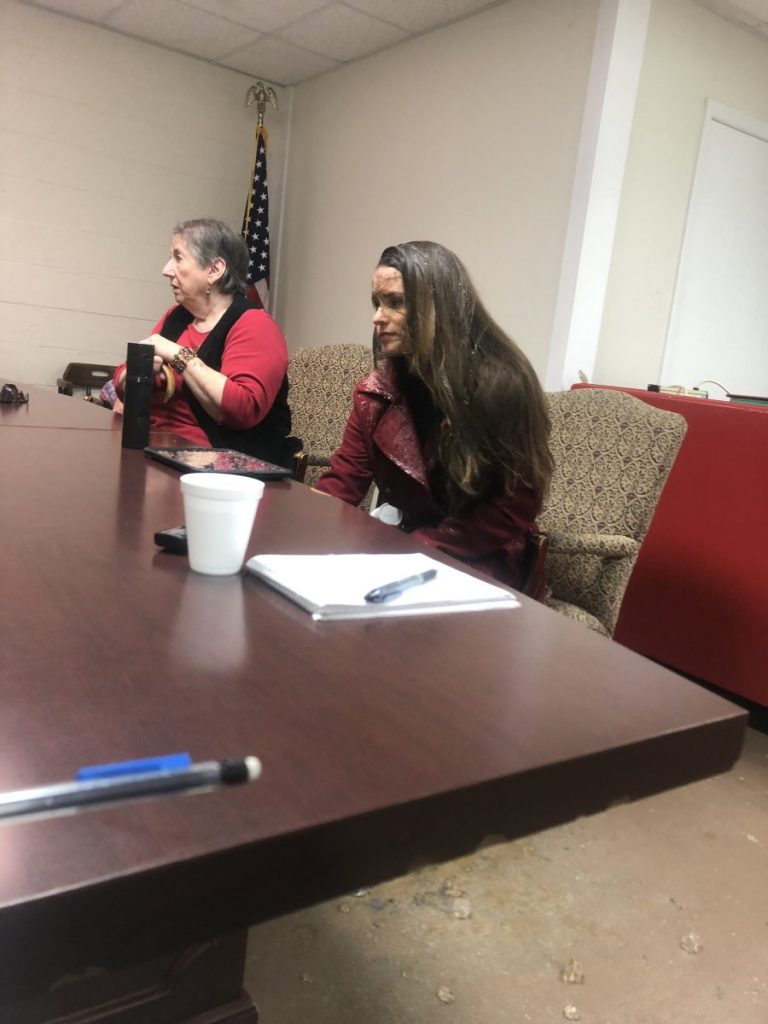 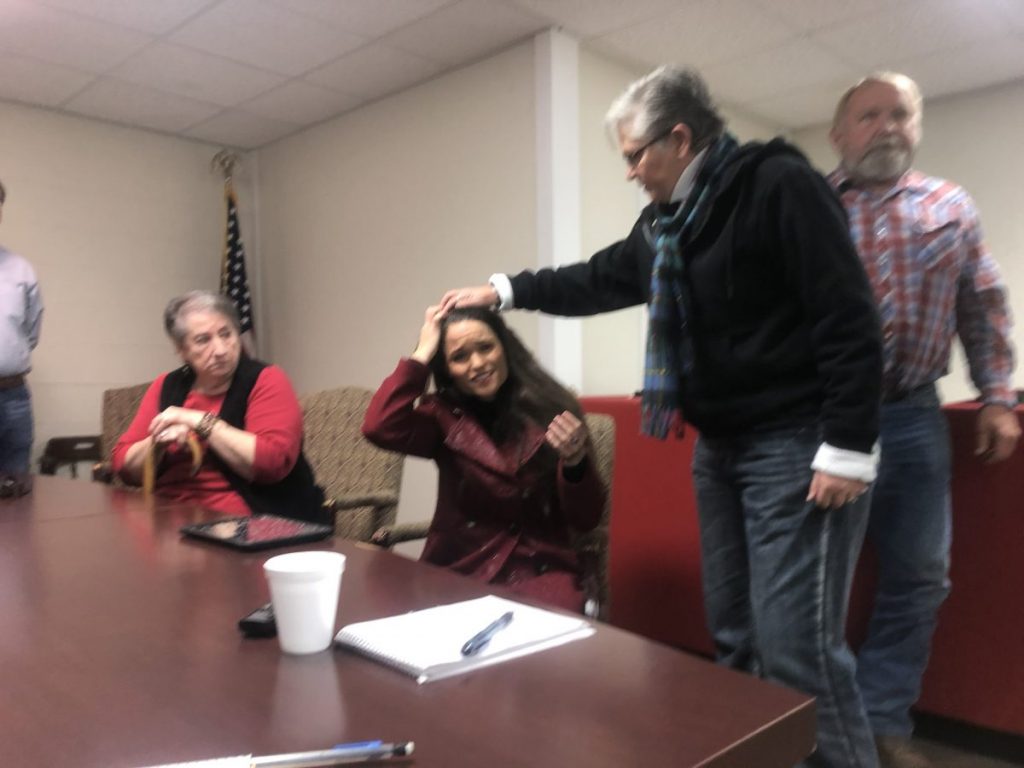 As the Chattooga County Commissioner was beginning his public meeting, his wife dumped a large cup of soda on the head of a local resident.
Casie Bryant, with All of Georgia internet site, was sitting at a large table at the commissioner’s office when Abbey Winters poured the liquid on Bryant’s head.
“You deserve that,” Mrs Winters said.
Bryant grabbed her belongings and left. Mrs. Winters also left the meeting room.
The Summerville Police were called to check into the matter but at this time no charges have been made.

More to come on this developing story. . .